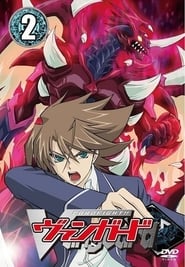 The Vanguard Fight Circuit is a huge tournament where Aichi, Kai, Misaki, Kamui and Ren have to travel around Asia to fight different fighters. The first tournament will be held in Singapore, the second in Seoul, Korea and the third in Hong Kong and the final tournament in Japan which will also be the stage for the overall finals for each winning team.. The other side characters like Miwa, Morikawa, etc. will be left in Japan during the Singapore and Seoul stages and Miwa will be looking after Card Capital, as the Acting Shop Owner during the Tournament Period. However, Aichi mysteriously loses his Royal Paladins and is given the Gold Paladin clan and Kai has his Kagero clan replaced with the Narukami clan. Everything surrounding the the VF Circuit and the new clans revolve around a young boy named Takuto Tatsunagi who speaks with the winner of each stop. But emerging from the Circuit sees the revival of an ancient clan and a force that seeks to destroy the Planet Cray. In order for Aichi to learn the answers to these mysteries, Aichi must Break Through the Limit.