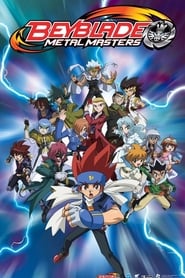 Gingka and his friends meet a new Beyblader named Masamune Kadoya and his Bey, Ray Striker D125CS. Masamune is a new Blader who joins Gingka’s group and will stop at nothing to defeat him. Gingka joins the Beyblade World Championships Tournament, with team Japan, Team Gan Gan Galaxy. A Tournament where representatives from a country around the world compete to become the best Bladers. With Gingka and Masamune picked as the representatives of Japan they won’t hold anything back to win. They will give their all!