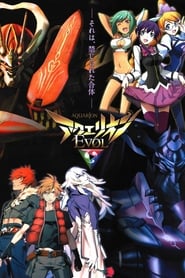 12,000 years have passed in this world, the story of Apollon and Sylvie have become a children’s story called “Skies of Aquaria”. The “Abductors” Invaders from Altea come to Earth with only one purpose: they invade to harvest humans. DEAVA the Aquaria Academy exists to train men and women to use Aquaria, but they cannot ever merge because of Guize stones, these block an “unholy union” between genders. The story follows Amata and Mikono in their enrollment into DEAVA, and fight the Abductors.