Why Do I Love My Despised Enemy

Chihiro uses his high power to unleash energy from his spike, letting him systematically raze Tokyo and destroy the barriers keeping the red mist in place. Without the barrier, the portion of Tokyo it defended crumbled, but the red mist disappeared. He will destroy Tokyo if it means saving the future. Watching are Kotetsu, Koume, Inuki, and Shōko, all Heroic Vassals allied with the Malthus Church. Two barriers are destroyed. If all are destroyed, gates will no longer be able to be opened. Kakihara confronts him about how he must have enjoyed giving in to violence. Inuki collapses that night, ill, and does not go with Kotetsu, Koume, Chihiro, and Cerdid as they search for barriers to destroy. Jun and Yuri are scolded by Grumman for letting the Church’s Heroic Lineage do as they please, and the two use their Heroic Blood to interrupt the Church before they can destroy a barrier. Kotetsu is knocked into the barrier during the fighting and confronted by Tsubaki Manazuru, a Vassal looking for the leader who he begins to fight. Chihiro destroys a barrier under his and Yuri’s feet, and the enormous release of energy throws them into a dream world. With Chihiro’s Arcana vanished from the world, Cerdid falls and cannot move. Yuri asks if he thinks destroying Tokyo is the right thing, but Chihiro says doing so will stop the familiars. However, Yuri says Tokyo will crumble with the barrier gone and most people trapped in it won’t survive. He asks if she thinks it is alright to turn humans into gates and swears he’ll stop her. If he can find forgiveness for those he killed by fighting then he will do so. Who cares if he breaks a world made only of despair to do it? Yuri asks him to join with her so they can change the world together, saying she’ll vouch for him for the rest of Chaos, which Chihiro knows means she knows how to get out of here. Yuri agrees to show him the way rather then leave him trapped. Koume overpowers Jun, but is stopped by Minakami Haru, a Vassal and classmate of Chihiro and Kotetsu, allied with Jun and his Blue Skull gang. Kotetsu continues to fight with Tsubaki and her Defender Densuke. Both realize the other thought they were with Chaos and turned people into gates, though neither are. They stop fighting and Tsubaki leaves. Chihiro recalls memories of being with Yuri when they were both children. Yuri states “it is all because of your mother” before leaving. 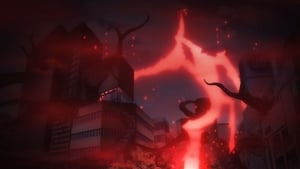 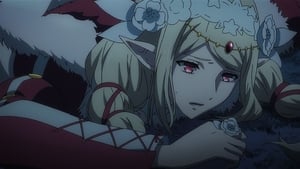 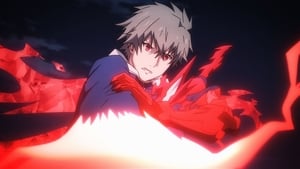 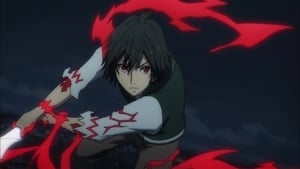 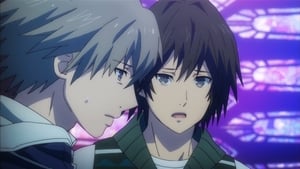