Who Set Fire to an Old Conflict?

Seeing Kotetsu about to be killed, Chihiro reawakens his Heroic Blood. He remembers Eiko’s real name is Cerdid, allowing her to leave her human form for he true one. She is a Defender assigned to Chihiro. Jun remarks to Yuri her beloved is a problem. Chihiro kills the monster, but angrily tells Cerdid it used to be a fellow university student; she counters by saying once a human becomes a familiar there’s no going back. Kakihara and Tsubasa snap pictures of the fight, claiming this is a huge scoop. Kakihara calls Chihiro a monster and now understands how he killed 13 years ago. Jun and Yuri approach with two more monsters and Jun claims he can continue to summon more so long as he has humans to open the gate. His orders are Death to the Heroic Lineage and he will carry them out. Enraged, Chihiro goes berserk, overpowering an enhanced monster at the cost of losing control. Tsubasa is pained by the energy Chihiro puts out and her body begins to transform. A frustrated Kakihara doesn’t know what to do when Shōko Hanashima tells him he should awaken his Heroic Blood as well. Shōko then awakens his Blood and tells him to call out Tsubasa’s true name – Aero. Revealed to also be a Defender, Tsubasa fully transforms into a harpy-like form. The arrival of a third Vassal leaves Jun flabbergasted. Chihiro attacks Jun but Yuri saves her partner. Seeing her transformed, Chihiro recalls killing her in the prologue of episode one, the shock wrenching him from his berserk state. Outnumbered, Yuri and Jun leave. Shōko warns him Chihiro he’ll die of blood loss fighting like that, shutting down his transformed state. Ikuro is left half a familiar, and Inuki and Koume take him into custody. The group is confused by their knowledge of everything, so Shōko takes the three Vessels to Maldeus Church. Shōko explains the Church is the stronghold for the Heroic Lineage who fight against Chaos. The Lineage’s leader is Dux who tells them the world will be destroyed in 40 years, and the death of the old world will usher in a new one, led by the Lord of Vermilion. If the Lord is not born (all Heroic Vassals are dead) there will be no new world. Thus, the Church must win. At the base of Chaos, Jun and Yuri report three new Heroes are allied with the Church, which their leader, Grumman, finds troubling. He claims the Church is trying to destroy the world to create their personal paradise, according to Van Drail, who agrees and says the world will be destroyed in 40 years because the Church destroys it. Chaos caused the Great Resonance, enabling creatures from other worlds to enter this one using living humans as gates, which they hope to use to kill the Lineage and prevent the world’s destruction. Dux tells the Heroes they need to survive, and destroying Tokyo will close the gate and prevent new monster from coming. At the hospital, Cerdid and Aero return to human forms. Cerdid took Eiko’s form after she died in the Great Resonance, but Aero simply attached herself to Tsubasa’s form and slept until she was awoke. Aero does not know what happened to Tsubasa, and Kakihara blames Chihiro. Ikuro is in a coma, still half-familiar, but he should not change further. However, they know no cure for him. Inuki states all humans have an Arcana gene, the soul to speak, like creatures from another world. When the resonance between two beings with the Arcana gene strengthens, a gate opens and a monster crosses over. It became possible to create this connection through the Great Resonance. Some could stand being used as gates, like Tsubasa and Eiko, which allowed the familiars to possess them. The rest turned into red mist. Chihiro blames himself for Ikuro’s friend’s state. Chihiro has a vision with Dux, who says it is all his fault, including what happened 13 years ago. However, he can seek salvation, even if his hands are stained with blood, if he can save the world from despair and win against Chaos. He promises he will. 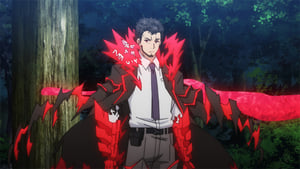 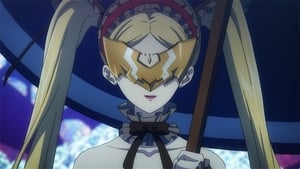 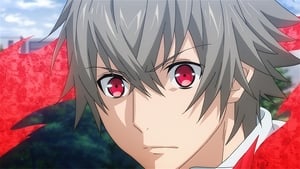 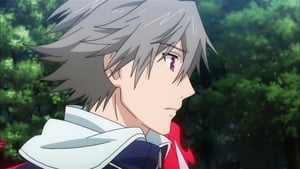