My Soul Calls My Name

The Infinity Theater has recently finished construction, sponsored by AVAL. The famous pianist Kark will perform at the opening concert, and Grumman tells the construction foreman that AVAL is concerned with making people happy and spared no cost. A giant trapdoor is built into the stage, where the keystone will be placed. The alliance is reformed between the Church and State, with the new goal of stopping AVAL’s plan, but only Akira and Tsubaki join. Dux agrees to the alliance and shows them the six installed keystones, who have created barriers around each other so they cannot be harmed. If the seventh is turned online and the system completed, the Second Great Collapse will occur, which will mean the death of the Heroic Bloodline as they are overwhelmed by the number of familiars. The final keystone is at Infinity Theater. Grumman declares this will be the final fight with Kark at the forefront and Chiyu supporting, for she is his masterpiece, far more than Yuri ever was. Jun asks if he abandoned Yuri the same way he abandoned the experimental subjects (Jun, Koume, and Inuki), but Yuri’s father warns him he had best be useful if he doesn’t want to be scrapped and assigns him to guard the other six sites. Jun protests as Chihiro will surely be at the seventh site, but it is because he no longer trusts Jun to prioritize protecting the final keystone over killing Chihiro. Jun tells Yuri he should have killed her and Chihiro earlier and Haru tell Yuri this is her fault and orders her to lure Chihiro out so Jun can kill him. Haru gives Tsubaki a flyer that tells the Malthus group of Kark’s concert at the Infinity Theater, which they didn’t know beforehand. That makes the audience hostages, but Shōko coldly states some sacrifices are inevitable. Chihiro states AVAL use certain sounds to turn humans into gates, so if they defeat Kark before he can play his piano they have a chance. As the concert hall fills up, Haru goes to Jun and tells him Chihiro is coming to the concert since he gave them a flyer as bait. Jun has his Blue Skulls dress up as concert security to keep him informed. When the Malthus group approach, Kark turns the Blue Skulls into familiars so they attack the group and goes inside to play, stopping the group. Haru knocks Chihiro out of the sky but stops when he sees Akira among the attackers. Akira’s familiar Elsbernd is revealed to be the Chihiro in the sky. The real Chihiro bursts through the ceiling at Kark, only to be stopped from a fatal blow by Jun. Kark’s piano music turns the audience into red mist, absorbing them into a single giant familiar. Chihiro, shocked at the failure, is stabbed by Jun but declares he’ll honor Inuki’s wish and save everyone, smashing Jun’s blood armament. Letting Chihiro handle him, the rest fight the familiar. Chihiro defeats Jun but it is Kark who impales him with the scythe, congratulating him on drawing out the qualities Lord of Vermilion from Chihiro and killing him, stating he wanted to see Chihiro’s beautiful despair. Haru tries to kill Kark to avenge Jun and Akira jumps in front of him to save him from Kark’s scythe, however, Kark lengthens the scythe so it stabs both of them. Chihiro goes berserk, but manages to control it and kill the giant familiar. Shōko destroys the keystone in the theater. Kark escapes. Distraught that they can’t cause a Second Great Collapse, Grumman asks Chiyu what he should do. Chiyu, calling him father, agrees to help. 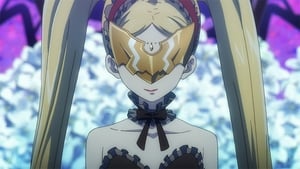 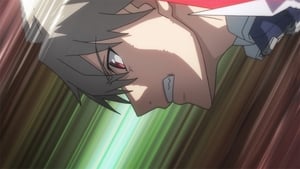 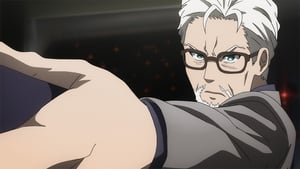 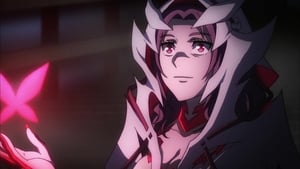 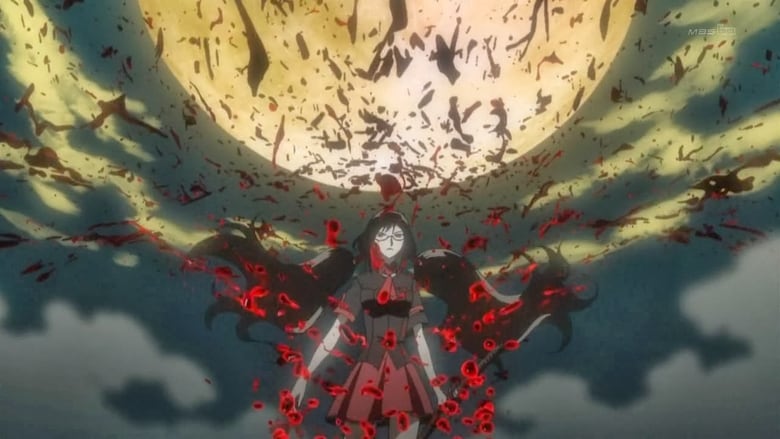